In order to give you the very best experience, we use cookies to help understand how our our articles and content is used. This allows us to give you a personalized experience and to tailor the adverts presented. You can accept the Full Experience, or choose how you want to view the site.
Find out more in our cookie notice.

The last four years were the hottest on record, temperatures in the Arctic have risen by 3°C in nearly three decades, sea levels are rising consistently and coral reefs are dying out. 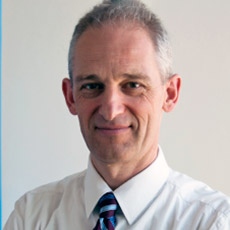 Beyond the environmental impact, the consequences of climate change are directly affecting people’s lives. Climate change is disrupting national economies, impacting public health, food and water security, migration, peace and security. Left unchecked, climate change threatens to roll back the development gains we have made over the last decades.

Plans & agreements for the climate

Several steps to combat climate change have been taken by the United Nations, such as the Paris Agreement – the world’s roadmap for tackling climate change. But there is more to be done. UN Secretary-General António Guterres is convening the UN Climate Action Summit in New York in September 2019, where world leaders will gather to address concrete, realistic plans for enhancing their nationally determined contributions by 2020, thus bringing climate action to the top of the international agenda. The goal remains to reduce greenhouse gas emissions by 45 per cent over the next decade and to net zero emissions by 2050.

“We need to tax pollution, not people, and end subsidies for fossil fuels,” said UN Secretary-General António Guterres, speaking at the R20 Austrian World Summit in June of this year.

In 2015, countries adopted the 2030 Agenda for Sustainable Development and its 17 Sustainable Development Goals (SDGs), which calls on all stakeholders, including governments, civil society, the private sector and others, to help build an inclusive, sustainable and resilient future for people and planet. There are several of these goals that focus on sustainability as it relates to climate and environment. Goals 7, 12, 14 and 15, which deal with clean energy, responsible consumption and production, life below water and life on land, each contribute to the protection of our planet. Goal 13, which calls for all to take urgent action to combat climate change and its impacts, is another such example, and is one of the key goals that the UN has been working tirelessly to achieve, both from its headquarters as well as from its offices around the world. The UN headquarter in Vienna is no exception: It is one of four global headquarters that hosts around 5,000 employees from more than 125 countries and is celebrating its 40th anniversary this year. The UN family in Vienna includes 19 organizations that are contributing to the global goals in several ways.

Different UN Offices for the environment

The International Atomic Energy Agency (IAEA) is one such organization that is actively working to protect our planet and promote environmental sustainability. The IAEA engages in several climate-protecting activities, such as the scientific study of atoms in soil to reduce the emission of greenhouse gases. As the only international body operating its own system of monitoring stations that spans the globe, the CTBTO (Comprehensive Nuclear-Test-Ban Treaty Organization) is in a unique position to contribute to the UN’s efforts in the area of climate knowledge. And efforts to protect the earth span even beyond our planet: The United Nations Office for Outer Space Affairs (UNOOSA) actively contributes to climate research through providing training in support of climate change research though space technology. The United Nations Industrial Development Organization is another Vienna-based organization that undertakes numerous environmentally-focused projects, including assisting industries in the development of resource efficient and cleaner production practices. In one of its recent projects, it worked with its partners to build solar power stations in Chad. Vienna is also home to the United Nations Office on Drugs and Crime, which does its parts for the environment in numerous ways, including combating wildlife, forest and fisheries crime.

Much is being done, but more is needed. Especially efforts at the individual level will complement the measures being taken by the UN and other organizations worldwide. There are several ways you can get involved personally. The SDGs in Action app and the ActNow Climate Campaign are two online platforms that empower people to take personal action against climate change. Be it through switching off the lights, reducing overall shower time or walking a little bit further to the recycling bins once a week – everyone can make a difference for the future of our planet.